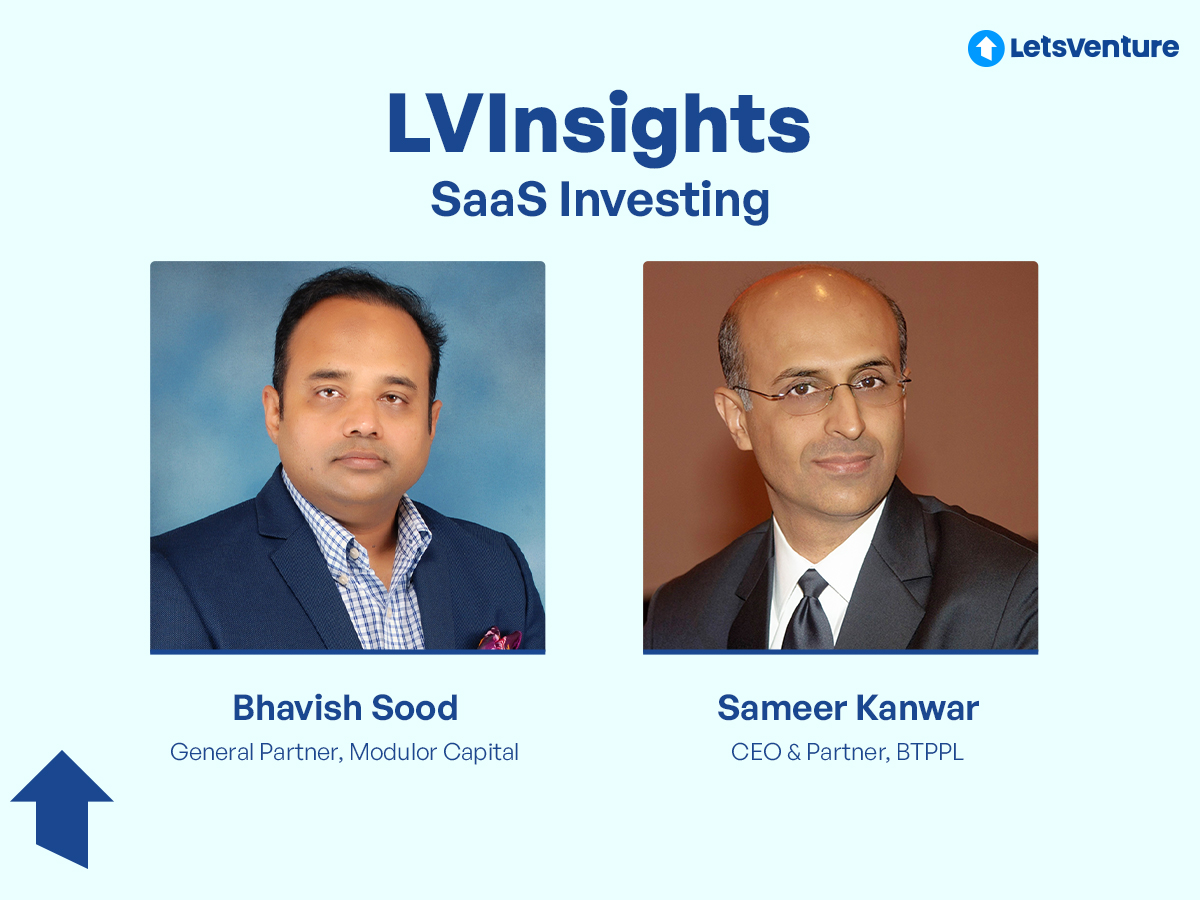 India is fast growing into a SaaS powerhouse with more than 1,000 companies in the sector bringing in about $2.6 billion in revenue, according to Mckinsey & Company. This is expected to grow 25X in the next decade to generate about $50 billion to $70 billion in revenue by 2030.

To gain a better understanding of this dynamic sector, LetsVenture hosted the third session of LVInsights’ Ask Me Anything with Bhavish Sood, General Partner at Modulor Capital, and Sameer Kanwar, CEO of Basil Technology Partners, who delved deep into evaluating and investing in SaaS companies.

Bhavish establishes that investing in software companies or raising capital as one is vastly different from those in other sectors. According to him, half a million ($500,000) in seed round is the bare minimum for any software company unless one can project promising revenue in the near future.

“If you're building an artificial intelligence company, for example, and the AI resources are very hard and expensive to find, and you know you need upwards of a million dollar because you're competing not only with the unicorns but also the global majors who have their own capability centers. That's the rule of thumb we advise to software vendors,” he said.

According to Blackpeak Capital analysis, he said that horizontal and vertical SaaS companies have fallen further than the S&P 500 companies which shows a severe correction of valuation taking place in the IT side.

The fact that Intuit discontinued its online accounting software for small businesses Quickbooks in India after ten years is a big validation that “shows one can build a very sustainable business and be a market leader where nobody can actually come and touch”.

Times are a-changing and people are realizing the need to build sustainable companies more than ever before. In addition to the strength of the technology, one must evaluate if it is helping to grow revenue, reduce cost, or improve the service efficiency.

“If your software is not focused on one of these three parameters, the chances of you having success in the software world is going to be very limited,” Bhavish said.

Breaking down the metrics for evaluation at both seed and growth stage, he said the days of looking at Minimum Viable Product (MVP) at pre-seed and seed stage are long gone. As an investor, he prioritizes qualities like simple, loveable, and complete (SLC) that can effectively demonstrate a use case to solve problems.

As a startup matures and goes on to raise Series A round (anywhere between $2 million to $5 million and upwards), most venture capitalists hire technology firms to look at the architecture, quality of the code, the kind of cyber traps one may have, and the strength of applications.

When it comes to the Total Addressable Market (TAM), he said most VCs would be interested in $2 million to $5 billion market size and would evaluate a startup's ability to take up 10 to 15 percent share in the market.

He said that the metrics changes dramatically as a startup moves from seed to growth stage where the minimum expectation of overall growth is at least three to five percent with an ideal burn rate of 2x the money raised.

Bhavish maintained that most investors have typically come across three types of founders: those who can sell anything to anyone but has a weak product or domain, those who are obsessed with their product and then the "good entrepreneurs" who can build the products and sell.

"A combination of the two is important because if you don't have a good product, you cannot scale in the market. There is software as a service (Saas) and then there is services masquerading as a software (SMAS)," he said.

Product and sales led growth, monetising open source software, and creating a buzz and excitement as a scarce and exclusive product have always been the way software has been sold. However, Bhavesh notes two interesting and modern ways of taking software products in the market.

Entrepreneurs like Austen Allred, Co-founder and CEO of Lambda School, and Suhail Doshi, Founder of Mightyapp, have successfully created large communities           through building out in public.

Once into the market, Sameer said that having a universal appeal to the product is critical for sustainability as opposed to being geo-specific.

‍“The moment you get constrained to a geography, the biggest challenge that will come across is that you will get bottled in and the valuation uptick will not happen,” he emphasized.

At the same time, he added that specific geographic markets can be used to improve the product and build on it for a global coverage to gain value share in the SaaS world.

In the last few years, Indian entrepreneurs have perhaps branched out into all the possible avenues of SaaS.“Whatever theme you can think of, you will find multiple vendors trying to attack that space. And I find that very interesting from an ecosystem perspective because it shows the maturity and credibility of the founders and it also shows the availability of risk capital,” Bhavish noted. 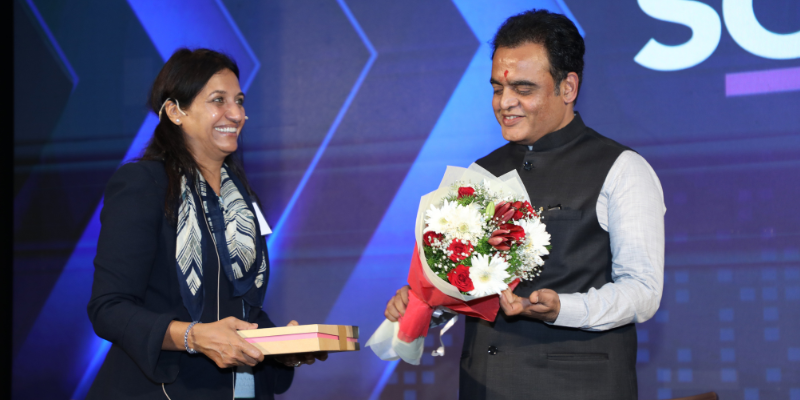 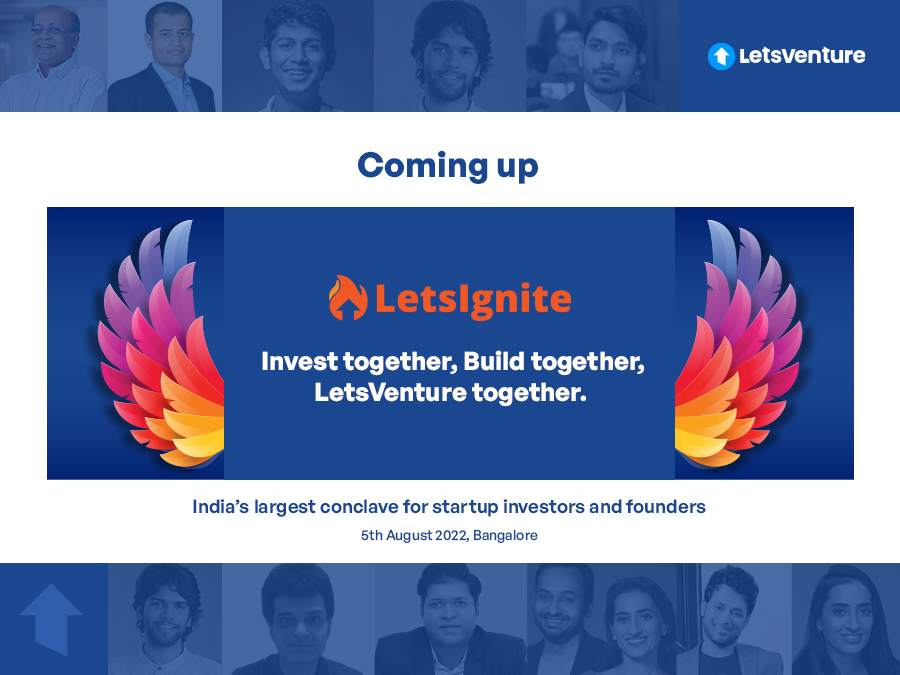